In the summer of 2064, a grandfather brings his 12-year-old grandson to the middle of an isolated lake in order to risk showing the boy something he has never seen before: a bible. When the boy thumbs through the strange book, he notices one particular page that is highlighted, underlined, and dated – June 10, 2013. It was the grandfather’s high school graduation day.

In 2013, Jed Spencer, a high school senior and Valedictorian of his high school class, was asked to give a two-minute speech at his graduation ceremony. For his address, Jed chose a reading from the Bible: 1 Corinthians 10:1-13, but his principal informed Jed and his parents that his speech was in violation of the Establishment Clause of the United States Constitution. With lawyers from the ACLU on one side and the Constitutional Preservation Foundation on the other, the unsuspecting senior finds himself in the middle of a media firestorm and on the verge of the biggest battle over freedom of speech since the Continental Congress. His case is lining up to be the watershed moment for the future regarding freedom of religion, freedom of speech, and the American legacy of “One Nation Under God.”

Inspired By A True Story

In 2008, Jed Grooters of Holland, Michigan, was graduating from high school. He was class Valedictorian; he won the Tri-Athlete Award for playing three sports in a school year; he received the Coaches’ Sportsmanship Award in all three sports he played; and he earned multiple Academic All-State awards. Jed was asked to give a two-minute speech for graduation about “Life Lessons Learned.” Jed had come to discover that the most important life lessons were found in Scripture. When his high school administration learned that Jed planned to quote the Bible as part of his speech, he was told that he could not give his speech as it violated the First Amendment of the Constitution. In a very short time, Jed went from being a great student athlete and friend to being a First Amendment icon. The story of his banned speech went viral, inspiring hundreds of articles, comments, and media opportunities. 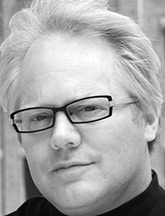 John Grooters is one of the most sought after writers, directors and producers in the world of faith based film and video. John has worked with many of the most influential Christian leaders and teachers including Bob Buford, Ken Ham, Ray VanderLaan, Rebecca St. James, Walt Larimore, Bill Peel, Willard Harley, Shawn Johnson, Lex Luger, Kevin Leman, Bill Hybels, Kevin Harney, and more. He also helped some of the largest non-profit organizations in the world use media to tell their stories. John has led production teams everywhere from isolated villages in Ghana and Nicaragua to mountaintops in British Columbia and the Sinai Peninsula; from ancient ruins in Egypt, Israel, Greece and Italy to ultra-modern cities like Shanghai, Toronto and London.

Together with a talented staff, John continues to earn repeated recognition for delivering highly creative and technically excellent services and products. 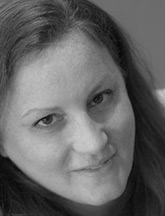 Judy Grooters is COO and CFO of Grooters Productions and Ferocious Films. Working closely with her husband John for more than a decade, Judy’s credits include dozens of short films, best-selling teaching series, television series, documentaries, narrative films and a long list of commercial projects. She served as Executive Producer on The Frontier Boys released in 2012. Judy has also been instrumental in developing Cinevee, the DIY digital distribution platform for independent filmmakers. She also serves on the Board of Advisors for the NuHo Online Film Festival.

Chief Creative Officer of Scatterbrained Media, Patrick got his start while living in New York City where he worked on a number of television series for Leftfield Pictures, one of the largest companies in television production. He left Leftfield to join Bearfruit Films as producer of the feature film, Rumors of Wars, which was the beginning of his association with award-winning Director of Photography, Philip Roy. Roy introduced Patrick to a promising script written by the talented Writer/Director, Phillip Guzman. Patrick then launched his company, Scatterbrained Media, to produce Guzman’s script titled An Invisible Man. While developing Invisible Man, Patrick began to dialogue with Grooters, that quickly led to sharing thoughts on future projects. Patrick and Grooters have since combined forces and are together taking Forbidden Speech from script to screen. 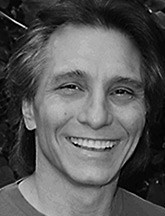 Brian Herskowitz is a multi-talented producer, writer, and professor of scriptwriting at Boston University Los Angeles. Having completed more than a dozen feature films, his expertise ranges across genres including documentary, short, feature, animated, and trans-media. He wrote and directed the award-winning short Odessa or Bust starring Jason Alexander, Red Buttons and Jason Schwartzman, and voice-directed the pilot for the children’s animated series Annie Sunbeam. Among Brian’s most recent projects are Tio Papi and Musical Chairs, directed by Susan Seidelman (Desperately Seeking Susan). Brian consistently brings a depth of talent, experience, and industry contacts that result in cost-conscious, time-saving, and creative production. 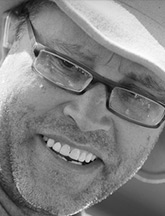 Byran Papierski is no stranger to the film industry. The son of a set builder, he developed a passion for film at a young age. He graduated from respected film school Art Center in Pasadena, California, as the youngest graduate on record. For nearly twenty years, Bryan has worked as Director of Photography on national commercial spots and films. His credits include The Frontier Boys, Meet Hiram Edson, Margarine Wars, Endlings, How to Catch a Monster, A Matter of Faith, Freaky Deaky, and several of the best-selling Nooma shorts featuring Rob Bell.

John Grooters and Bryan have enjoyed working together on commercial projects, documentary features, and narrative films for almost a decade. 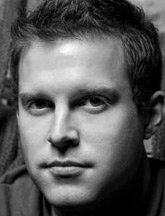 Eric Schrotenboer has written music for more than 100 short films, documentaries, and feature films including The Frontier Boys. Eric is credited on numerous commercials, TV spots, special effects theaters, and museum projects. He’s written a classical ballet and a variety of children’s projects. Eric has won over ten national awards for his film and television compositions, including a Gold Music Element Addy Award for a Compassion International project. Eric’s music can be found in music libraries from Los Angeles and San Francisco to Austria and Sweden. Eric has also written and produced six of his own piano albums and performed concerts across the nation.

John Grooters and Eric first performed together as musicians in the late ‘90s. Since then, they’ve traveled the world together collaborating on films, documentaries, and other projects that have reached audiences worldwide.

Ferocious Films roars through the powerful voice of media entertainment by telling stories through narrative film and documentaries that are released internationally in theaters, via television broadcast, distributed digitally and/or direct to DVD.

Ferocious Films’ mission is to reveal the beauty of Christ to the world through excellent media.

Grooters productions is a full service multi-media company located in Holland Michigan. In business since 2001, GP’s team of artists and technicians are highly creative, innovative, technically competent, and experienced in virtually all forms of media creation.

Scatterbrained Media’s mission is to spin stories into gold using the media of movies, television and web.

With unbridled gumption and a vast network of energetic talent, Scatterbrained Media will find, develop, and deliver to audiences the best in entertainment while providing investors a solid return and contributing to the communities in which it operates and from which it draws its strength.

Get In Touch With Us!